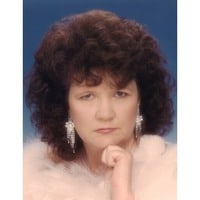 Betty A. Akers was born on February 12, 1947, in Dorton, Kentucky, the daughter of Luther and Dina (Flannery) Akers. She married Herbert E. Charlton on July 5, 1990, in Beefhide, Kentucky, and he survives.

Surviving in addition to her husband are two sons, Luther Vance, of Edgerton, and Jody (Edith) Vance, of West Jefferson, Ohio; one daughter, Kaitlyn Ward, of Edgerton; twelve grandchildren; ten great-grandchildren; one sister, Ann Akers, of Tomahawk, Kentucky; two brothers, Greg Akers, of Tennessee, and Michael Akers, of Bryan, Ohio; and several nieces and nephews. She was preceded in death by her parents; one son, Wayne Vance; one brother, Danny Akers; and one sister, Elizabeth Smith.

Visitation will be held on Monday, February 21, 2022, from 11:00 A.M. to 1:00 P.M. at Life Changing Church in Edgerton. Services will follow at 1:00 P.M. in the church with Pastor Chris Combs officiating. Interment will be in Rochester Cemetery near Paulding, Ohio.