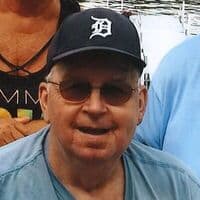 John R. Porath, age 69, of Bryan, Ohio, passed away at 3:30 A.M. on Wednesday, September 15, 2021, at Parkview Regional Medical Center in Fort Wayne, Indiana. John was a 1970 graduate of Hilltop High School. He was a longtime truck driver and was later a machinist at Chase Brass. He enjoyed working on cars and breakfast with the guys. He was a golfer and played softball when he was younger. John enjoyed watching NASCAR and  baseball and was a Detroit Tigers fan. He loved taking care of his mother and spending time with her. John was always proud of his grandchildren and loved watching them play sports.

John is survived by his daughter, Angela Overly, of Bryan; his grandchildren, Jacob and Kayla, both of Defiance, Ohio; his mother, Doris Porath, of West Unity, Ohio; three sisters, Karen (Brad) Stucky and Judy Karnes, both of Bryan, and Connie (Ned) Ruffer, of Coldwater, Michigan; and numerous nieces and nephews. He was preceded in death by his father and sister, Kathy Porath.

Krill Funeral Service, 860 West Mulberry Street, Bryan, has been entrusted with his arrangements.

Memorials are requested to the family to help with expenses.