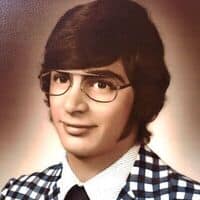 Paul J. Phillips, age 64, passed away on Tuesday, April 20, 2021, in his home, with his children at his side. Paul was born on April 3, 1957, in Bryan, Ohio, the fourth son of Louise N. (Mohre) and Robert J. Phillips. Paul graduated from Edon High School in 1975, earned his bachelor’s degree in Mechanical Engineering Technology from the University of Dayton in 1983 and a master’s degree from Defiance College in 2007.

Paul was always willing to lend a hand to anyone in need. Paul was always proud of his daughter, Bronwen, and supported her with advice and best wishes wherever her travels took her. He always supported his son, Liam, wholeheartedly in all his “I can save a buck and we can do it ourselves, dad” ideas.

A scripture service will be held on Saturday, April 24, 2021, at 12:00 P.M. at St. Joseph Catholic Church in Blakeslee, Ohio. Arrangements have been entrusted to Krill Funeral Service, 860 West Mulberry Street, Bryan.

Due to the ongoing pandemic restrictions, the family will receive friends while observing social distancing precautions. The family requests visitors use masks in accordance with state mandates. Anyone showing any symptoms of illness is asked to please share condolences by a phone call, email, text message, or leaving a condolence at the funeral home website.

Memorials are requested to Cancer Assistance of Williams County.