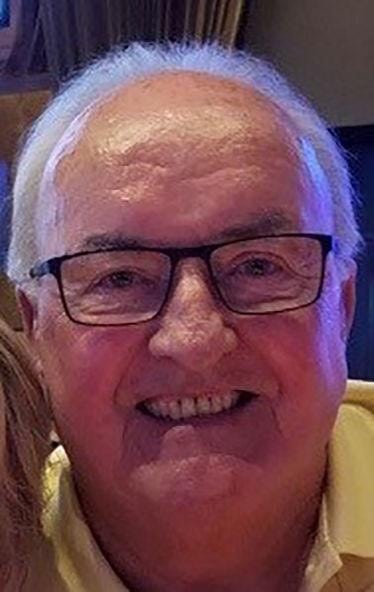 Robert Barton Bostater, 74 years, of Bryan, passed away Sunday morning, November 8, 2020, in his residence with his family at his side.  Bob was born August 28, 1946, in Bryan, Ohio, the son of the late Victor E. and Gertrude (Cramer) Bostater.  He was a 1966 graduate of Bryan High School.  Bob served our country in the United States Navy during the Vietnam Era.  He married Vickie S. Rogers on August 9, 1969, in Bryan, and she survives.  Bob was involved in Sales most of his working career.  He retired from Fisher Specialties in Harlan, Indiana.  He previously worked for L.E. Smith company for 20 years.  He was co-owner of  B & M Auto Service.  He was the former Treasurer of the Bryan Jaycees.  He was a member of the Bryan American Legion Post 284, Bryan VFW Post 2489, Bryan Eagles Aerie 2233 and the Bryan Moose Lodge 1064.  He enjoyed caring for his yard, being at the ocean or by the lake, traveling, spending time with their many friends, but most of all spending time with his family, especially following his grandchildren and their life events.

Due to the Covid 19 Pandemic, there will be no public visitation at the funeral home, Graveside funeral services will be held at 1:00 p.m. Friday, November 13, 2020 at Fountain Grove Cemetery, Bryan, with Pastor Dan Grant officiating, for those who wish to attend.  Social distancing will be observed, and facial mask must be worn.  Arrangements are under the care of Oberlin-Turnbull Funeral Home, Bryan.