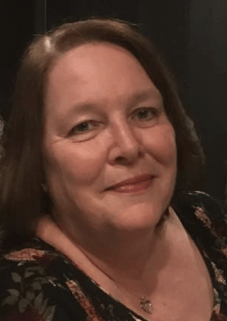 Virginia “Ginnie” L. McMillen, 60, of Montpelier passed away Tuesday morning at Evergreen Manor Nursing Home in Montpelier.  She was born on November 17, 1960 in Fremont, Ohio to Richard and Barbara (Craig) Heichel.  Ginnie graduated from Clyde High School in 1979.  On September 10, 2011 she married Reed James McMillen at the Eagles Pond and he survives.

She is survived by her husband Reed; sister Honnie Staples of Toledo; and many nieces and nephews.  Ginnie was preceded in death by her parents, and sisters Cindy Horne, Penny Royster and Teresa Cruz.

A Celebration of Life will take place at a later date.  Memorial contributions can be made to Cancer Assistance of Williams County.