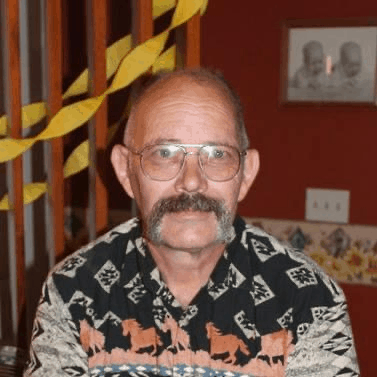 Wayne L. Dargitz, 74, of  Montpelier passed away Friday morning at Parkview Regional Medical Center in Fort Wayne, Indiana.  He was born on October 6, 1946 in Angola, Indiana to Dale L. and Bernadine M. (Fuller) Dargitz.  Wayne graduated from Edon High School in 1965, then attended Tri State Community College in Angola.  He served his country in the United States Air Force during the Vietnam War in Pakistan.  Wayne married Kathy “Dianne” Ayers on May 12, 1973 in Oregon, Ohio and she survives.

He was a member of the Steuben County Church of Christ in Angola.  Wayne worked in the maintenance department at Martin Sprocket and Gear from 1972-2011.  He was a member of the American Legion and the Williams County Saddle Club.  Wayne was a Special Deputy for the Williams County Sheriff Department for 13 years, a Florence Township EMS Responder for 24 years and was a 4-H advisor in Williams County for 25 years.  In his free time, he enjoyed going to car shows and he went line dancing almost every week after retirement.

Visitation for Wayne will be on Monday, February 8th from 2-7pm at the Thompson Funeral Home in Montpelier.  Services will be on Tuesday at 11am at the funeral home with Pastor Dylan Chaney to officiate.  Interment will follow at Riverside Cemetery in Montpelier, with military graveside rites provided by the Montpelier Veterans.  Per the Governors orders, those wishing to attend visitation are encouraged to bring a mask and follow the recommended social distancing guidelines.   Memorial contributions may be given to Steuben County Church of Christ, Williams County 4-H or Cancer Assistance of Williams County.